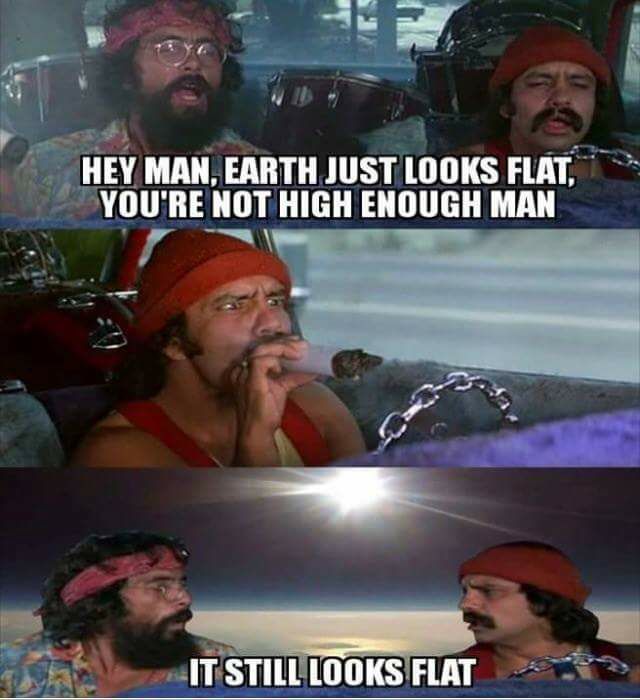 The following video is a compilation of answers to 32 of the most common questions asked during flat Earth interviews. For the past several years I have done my best to personally and promptly answer every genuine flat Earth question asked of me across all of my social media accounts.

There are several photographs of Washington's Mount Rainier at sunrise and sunset showing what appears to be clouds lit from underneath casting the mountain's shadow upwards.

Take a step back from the fairy tales, and a step forward into...The Next Level! THE TRUTH CANNOT BE STOPPED!

Outer Space isn't a Place | It's a Lie

A compilation video of Nasa Fails narrated by ODDTV

Read more: Outer Space isn't a Place | It's a Lie

Conscious Music is what I'm all about.

So you're an admirer of the guy with the twitching cheek device? Think again.

The Fall of Gravity

The Fall of Gravity presentation is a collaboration between University of California Davis Electrical Engineer Vahid Ebrahimi and Head of the International Flat Earth Research Society Eric Dubay.

Read more: The Fall of Gravity

The Cavendish Experiment Is Ridiculous

The Cavendish experiment, performed in 1797–98 by British scientist Henry Cavendish, was the first experiment to measure the force of gravity between masses in the laboratory and the first to yield accurate values for the gravitational constant. Because of the unit conventions then in use, the gravitational constant does not appear explicitly in Cavendish's work. Instead, the result was originally expressed as the specific gravity of the Earth, or equivalently the mass of the Earth.