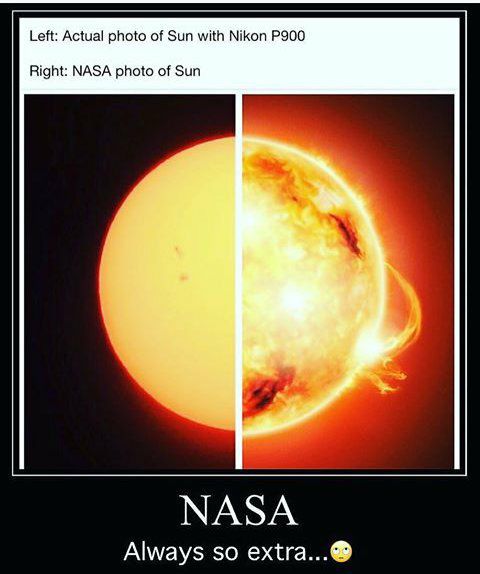 In this tutorial I will be showing you how to create a realistic earth in Adobe Photoshop using only this texture.

The Masonic Globalist Cult of NASA

Earth is not a tilting, wobbling, spinning space-testicle with bendy oceans or upside-down people in Australia, and nobody has ever landed on the Moon or gone into "outer-space." Most NASA astronauts and the leading heliocentrists for centuries have all been members of the same Freemasonic secret society, slowly and successfully duping and taking over the world.

Wolves in sheep’s clothing have pulled the wool over our eyes. For almost 500 years, the masses have been thoroughly deceived by a cosmic fairy-tale of astronomical proportions. We have been taught a falsehood so gigantic and diabolical that it has blinded us from our own experience and common sense, from seeing the world and the universe as they truly are.

Does the scientific evidence support Evolution-ism or does ALL the evidence really support creation while there is NO evidence whatsoever for the theory of evolution? Is the earth billions of years old? How about Dinosaurs, the flood, mutations, the geologic column, trilobites, stars, carbon dating, dating by the fossil record and more?

The class “Dinosauria” was originally defined by “Sir” Richard Owen of the Royal Society, and Superintendent of the British Museum Natural History Department in 1842. In other words, the existence of dinosaurs was first speculatively hypothesized by a knighted museum-head “coincidentally” in the mid-19th century, during the heyday of evolutionism, before a single dinosaur fossil had ever been found.